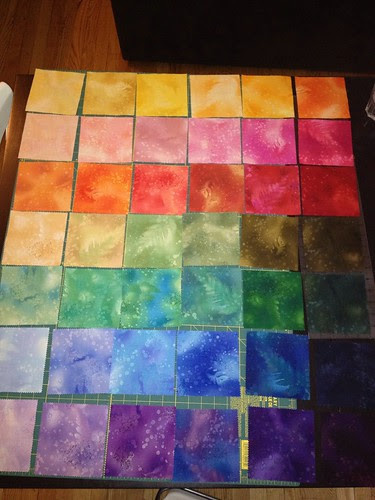 I figured today I would introduce some of our feline horde.

Back in June 2010, about a month and a half after I moved out of my ex's place into my own, I fulfilled a desire that I'd had for ages: a cat. As there had always been an intention to move back overseas, we held off on pets as quarantining them wouldn't be nice or very fair on the animals. He also preferred dogs and I preferred cats. Then we split, and things changed, and there won't be any moving. So, an opportunity to get a furry new friend!

After heading down to the ASPCA in NYC and having a disappointing experience there, I followed it up the next day by a trip to the local SPCA, where the staff was much friendlier and Miss Matilda and I left carrying a box with precious cargo: a 3-month kitten, later to be named Shiloh. 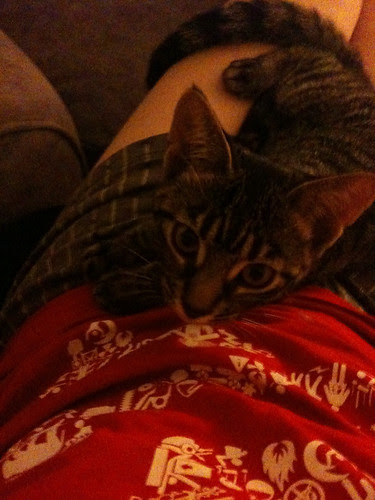 On her first night at home 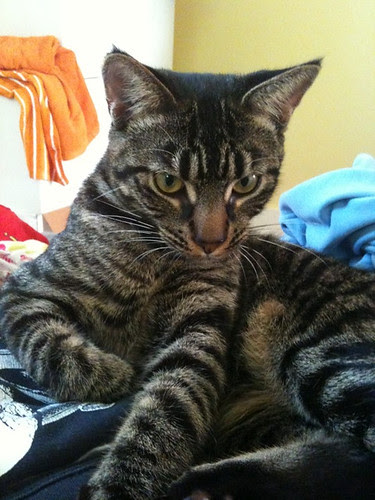 Sneaking a nap in the laundry.

I've had and been around quite a few cats, and my first cat Abby was a super sweet cat, but Shiloh almost puts her to shame. Her favorite spot in the house is my lap and she's very attached to me. She doesn't really miaow very well, either they're silent or sound more like squeaks, which has resulted in one of her nicknames: Squeak.

Mostly she likes to hang out and be left alone by the other cats. She likes Isobel well enough, but doesn't tolerate Lieam too well, likely as he enjoys a lot of wrestling and hijinks that she's not into. As our biggest cat, she also manages to be the biggest wuss. And she's also a little neurotic. 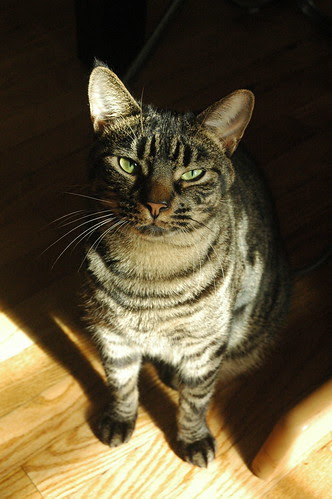 Posted by Marieke at 2:11 PM No comments:

In between trying to tidy the house and packing to go to PAX East in Boston where I'll be working at the booth for Jeff's company I haven't done a lot, but I did manage to get 3.5" wide strips cut from all the Lizzy House fabrics I have been stashing for a while for the Wonky Stars/Sparkle Punch quilt I'd like to make. 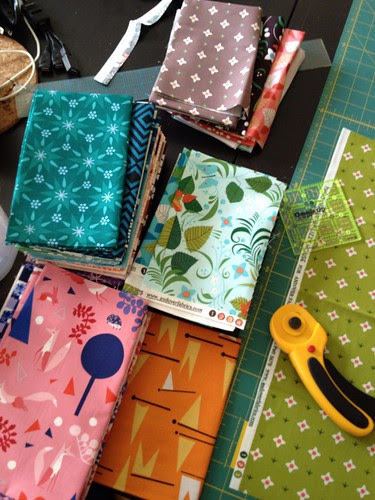 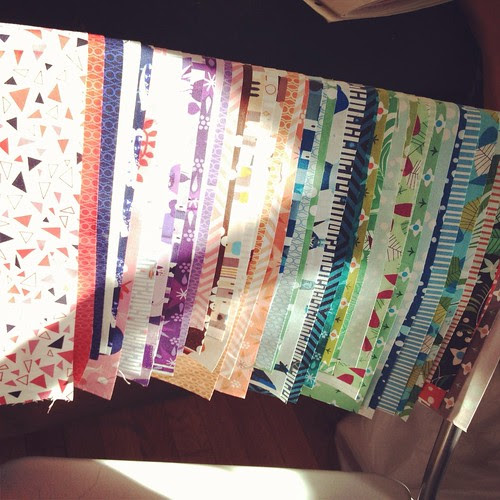 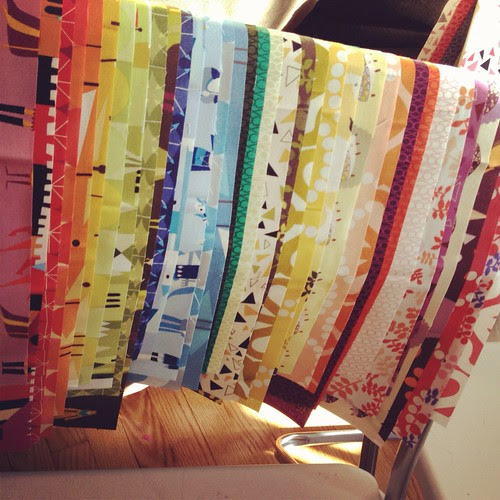 So pretty having all the various colors and shades!

Most of that is just for the full stars. 5 squares per star, of which 85 are needed, off the top of my head. I need some more for partial squares, but much less. I do think I need something like 300+ white squares. Eep!
Posted by Marieke at 9:26 PM No comments:

I managed to finish my Echo quilt top. After having a burst of early Spring, verging on Summer here in NY, the weather turned frigid, gloomy and super windy, and so I couldn't take any outdoor pictures for fear of the whole thing taking flight. Taking pictures indoors with cats, though, is always such a tricky prospect! If I have quilt pieces on the floor, I have to lock them out of the room or they're sitting on it in under 13 seconds. If I'm trying to hang it up, such as below, well then it becomes a fun curtain to dive under and around. 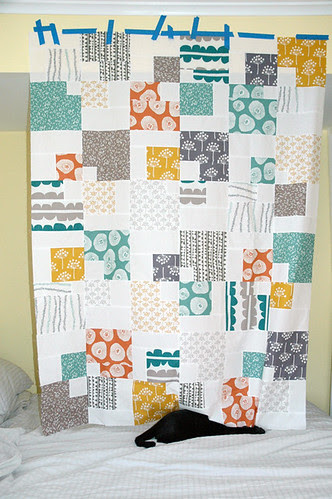 I haven't quite decided what to do for the backing yet. I have 2 Echo charm packs that I won a while ago, I may use some of the charms in the back with some white and grey solids. The Kona Ash and Coal I have go quite well, though I don't have enough of either to piece together a substantial back yet. Sometimes figuring out how to piece the backs is more complicate than the front.
Posted by Marieke at 12:48 PM No comments: