I managed to finish the Lil' Twister mini quilt. 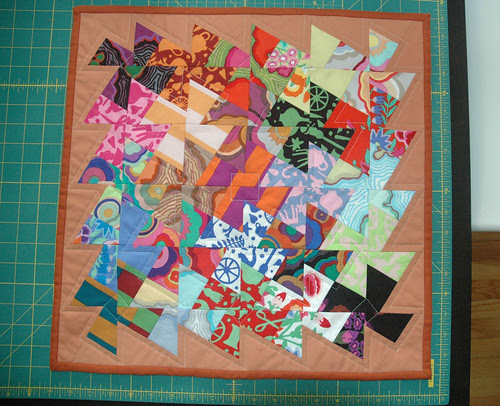 This is actually the first quilt that I've finished in its entirety, not just the top. It was the first time quilting a quilt too, which was a bit intimidating. 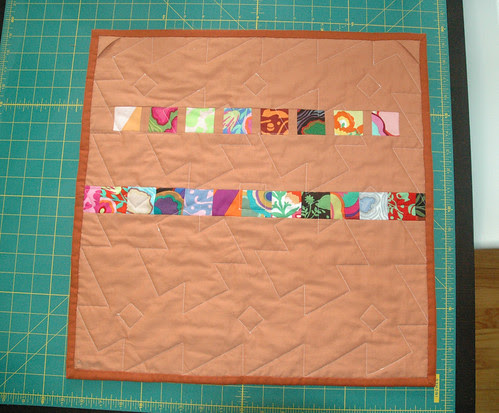 Overall I'm really happy with how it turned out. I'm glad I got to reduce some stash by using the two orange solids that I had leftover from the Kitchen Window quilt, and by using cutting remnants from the pinwheels in the pieced back. 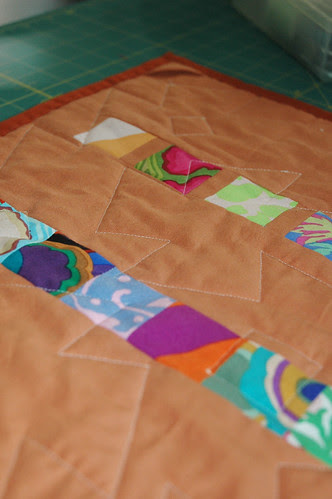 I stitched small fabric triangles into 2 corners on the back so that it can have a small dowel inserted to hang it.
Posted by Marieke at 4:26 PM