Anyone who knows me knows that I have a deep abiding love for spooky and creepy things. I love things like Halloween and the Day of the Dead and the symbolism and decor surrounding these days. I like scary movies and horror and other speculative fiction and have spent plenty of time socializing within the gothic and peripheral scenes in various places for longer than I especially care to admit to. I'm not sure when this interest was hatched, but it's been longstanding. I think quite a bit of credit should go to Roald Dahl, one of my favorite childhood authors. He was always nice and subversive with his kids' fiction and its crazy sense of humor.

I love the visuals that the gothic scene taps into, the black and white horror movies of Bela Lugosi and the Hammer films with Christopher Lee as Dracula, the drippy lace of the Victorians, the decidedly skewed artwork by people such as Edward Gorey, Charles Addams and Tim Burton, who also invokes these moods so well in many of his movies. So when I came across Alexander Henry's prints of the Ghastlies, I was sold. These prints are very reminiscent of the artwork by those people... scratchy ink drawings with dastardly themes. 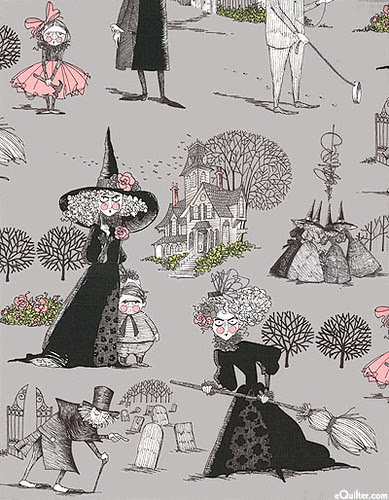 Initially I'd thought about trying to use some of the larger prints in a pattern such as Hibiscus, taken from one of the Quiltmania magazines that my mother had and which is now in my possession. 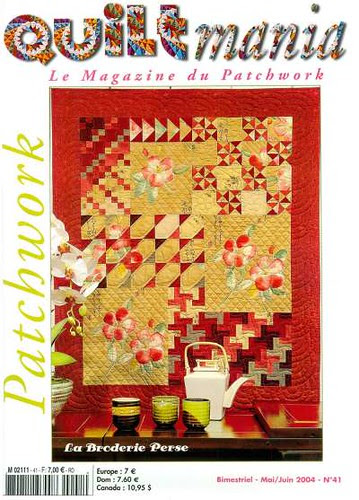 And then the other day it hit me, after I had gone ahead and ordered the newly released patterns by Jaybird Quilts... Taffy would be perfect! It has large focal squares for the larger scale prints, and allows for the use of a variety of the smaller scale prints within the rest of the blocks. I do still want to do one in the Kate Spain Terrain line though, when that comes out (oh, September, you are too far away still!), but in the mean time, this is a pretty neat project that I'd like to put together.
Posted by Marieke at 10:15 AM